A Culture of Service 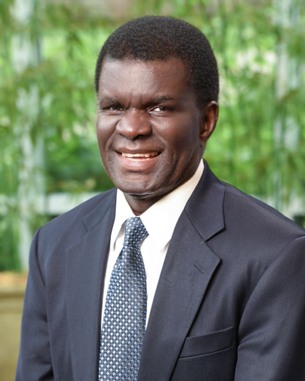 Education is important in "unlocking all the doors," Thomas A. Isekenegbe tells first-generation learners at the City University of New York’s Bronx Community College, where he became president in August.

He quickly embraced a plan to improve the college’s graduation rates.

In his previous job, as leader of Cumberland County College, in New Jersey, for six years, Mr. Isekenegbe worked closely with local businesses and the county on work-force development, and redesigned remedial courses so students could move through them more quickly.

He had planned to finish his career at Cumberland. But he was drawn to the challenges at Bronx. Ninety-three percent of that institution’s 11,400 students are black or Hispanic, and the student population represents dozens of countries of origin.

The college will be the first among the City University of New York’s institutions to enroll all full-time freshmen in the Accelerated Study in Associate Programs, or ASAP, which provides students with extra academic and financial support. The goal is to graduate at least 50 percent of those who enroll this fall in three years.

Mr. Isekenegbe says he can identify with the challenges of his students, especially those born outside the United States. He grew up poor in Nigeria, then earned a bachelor’s degree from the University of Nigeria and a Ph.D. in curriculum and instruction from Indiana State University. He began working in college administration in 1988.

One of his goals for the college is to create a culture of service, working in partnership with local nonprofit organizations and offering service-learning courses for all. His wish, he says, is based on a childhood philosophy about "what the power of one and the strength of many can do for a community." — Kate Stoltzfus